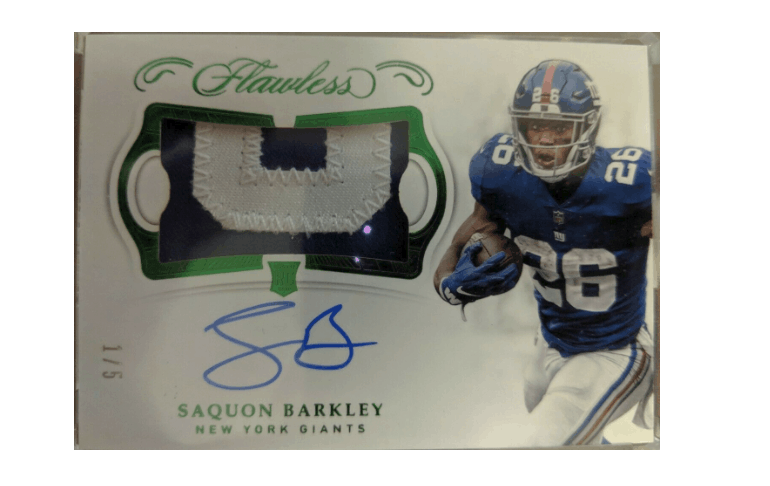 Some people might consider it controversial to call a guy with one season under his belt the best Running Back in the league, but the numbers make it pretty clear. The closest completion probably comes from Zeke Elliot, but Barkley had a much better average per carrying and double the rushing TDs last year. But most importantly, Zeke coughed up the ball a problematic 6 times, while Saquon fumbled exactly ZERO times on 352 touches.

He led the entire league in yards from scrimmage last year as a rookie. He even ended the year at number 13 on the total receptions list. No other back is that well rounded. Saquon is also one of only 3 rookie running backs ever to break 2000 yards from scrimmage and take in 15 TDs. The other two (Edgerrin James and Eric Dickerson) combined for 10 Pro Bowls, 6 All-Pros, and a Hall of Fame spot, between them. Not a bad company.

Not an NFL Fan Boy? Check out the hottest young prospect in the MLB… Wander Franco!

Anyone who thinks his rookie season is an aberration, unlikely to be repeated, should look at his strength stats. Before even entering the league Saquon could squat 650 lbs and he put up 225 lbs a crazy 29 times in a row at the combine bench press. Barkley has a serious work ethic that will translate into a long, dazzling career.

Whether you think Saquon Barkley’s the best RB in the league or not, one thing is clear: barring injury, this kid is on a straight path to Canton. So let’s look at his best rookie cards for you to invest in before his destiny becomes any more obvious.

This magnificent find from Panini is a very well rounded investment. The ticket and autograph create two strong connections to Saquon and the holographic details make the card stand out from the crowd. The art featuring Barkley about to juke some poor defender out of cleats is classic. And, the entire package comes wrapped in a 9.5 Gem Mint condition certification from Beckett. 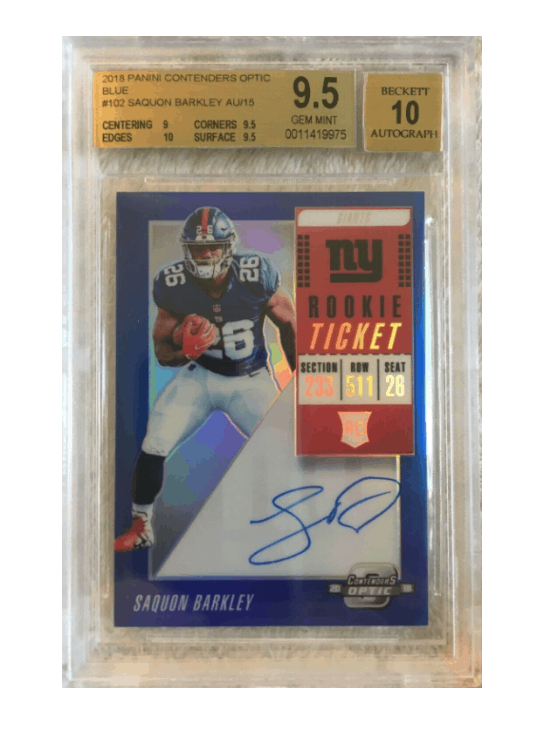 Many patch cards feature a single color scarp of fabric that is a bit of a let-down. But this offering is lucky enough to have a piece of a number, making it both rarer and more interesting. But that’s not the only appealing aspect of the card. The clean, crisp white background juxtaposed with Barkley’s game face make for a flawless combo. 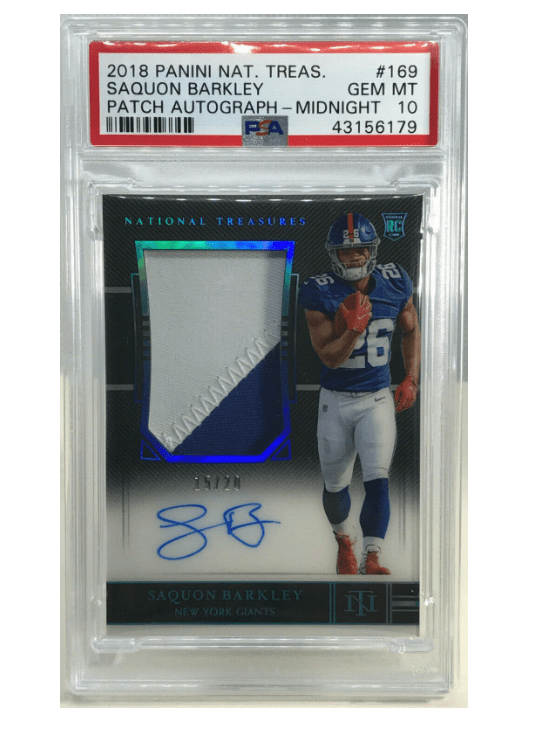 First, let’s discuss the obvious: a perfect PSA 10 Gem Mint rating makes for a very, very solid investment. You can’t get better than perfect. The two-tone number patch and limited run add value to this already smart choice. The autograph takes it one step further. And the brilliant art featuring Saquon confidently striding into his golden future caps off the best Saquon Barkley rookie card available for you to invest in.

If you want to get in on a Saquon investment before he starts breaking records, this Rookie of the Year edition card is a great way to do it without breaking the bank. With strong colors and dynamic art, this card may be affordable, but it’s still a great way to invest in the future of the best RB currently in the league.

Now is the time to start hoarding Wander Franco rookie cards as it is very likely they will only increase in value as Barkley is a great bet for a few NFL MVP awards or possible Superbowl appearance (or even a dare we say Superbowl MVP?).