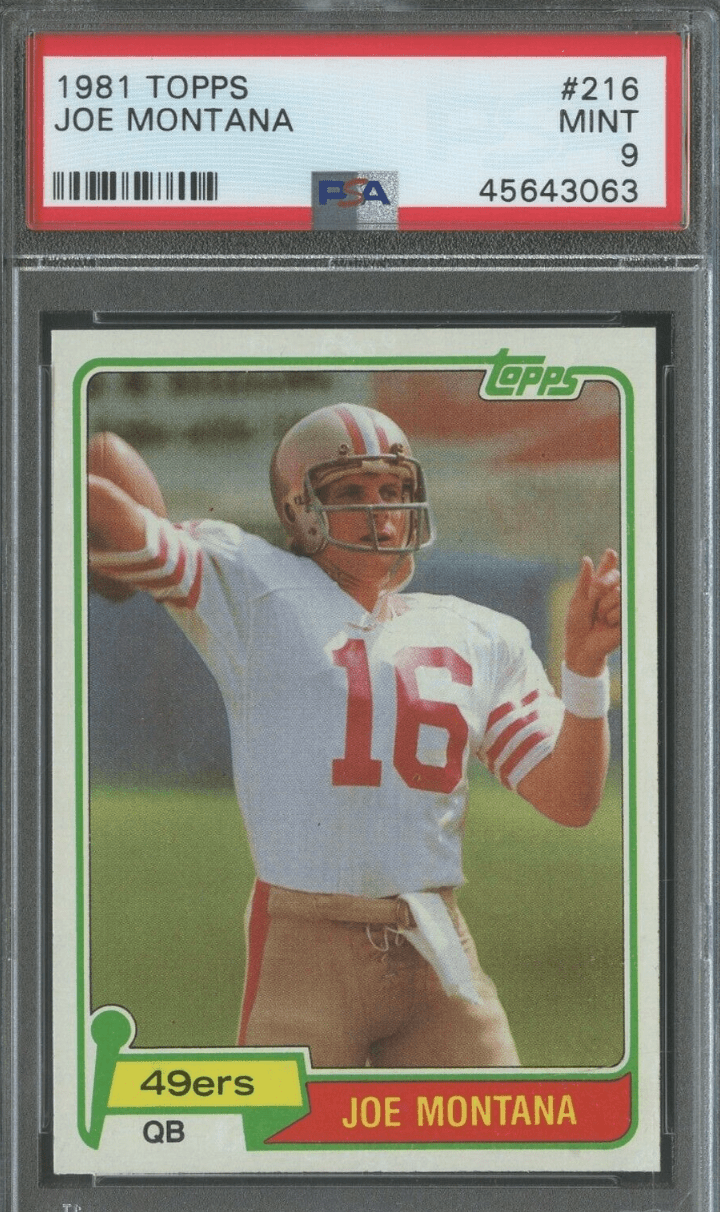 He played 15 years in the NFL, 13 years of which was with the San Fransico 49ers and 2 years with the Kansas City Chiefs.

Cool Joe played in 23 playoff games, had 26 comebacks, and a mind-blowing 28 game-winning drives.

There is really only one Joe Montana rookie card worth owning but we have listed two of his other cards that would make a good long term investment. 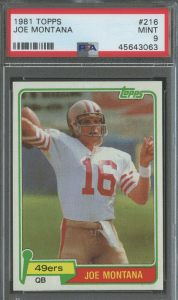 This is the only Cool Joe rookie card worth owning (which is rare in the world of rookie cards).

Since this is pretty much the only Montana rookie card you should pretty much always be able to find at least one for sale on eBay.

The card is numbered #216 and the back reads “One of the best young-signal callers in pro-football, Joe has run the 49ers adeptly during his playing time in the past 2 seasons. At Notre Dame, he completed 269 passes for 4121 yards and 25 touchdown passes“. 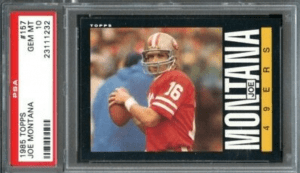 For whatever reason, there is not many early Joe Montana card to pick from (most likely due to the lack of popularity in football cards at the time).

The card pictures Joe warming up and has a pretty cool looking black border. 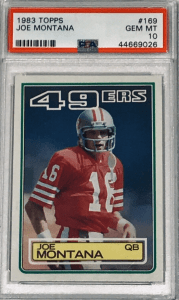 Here is another non-rookie Joe Montana card worth owning.

The card is numbered #169 and reads “Joe set NFL records with 5 consecutive 300-yard passing games in 1982. He set new 49er single-game mark by passing for 408 yards vs the Cardinals“.

You should be able to find this card in good condition (PSA 10) for under $50.

Don’t expect anything big from Montana rookie cards but they should steadily rise (very slowly) over the years.

We don’t have any Joe Montana rookie cards and really don’t advise buying any.